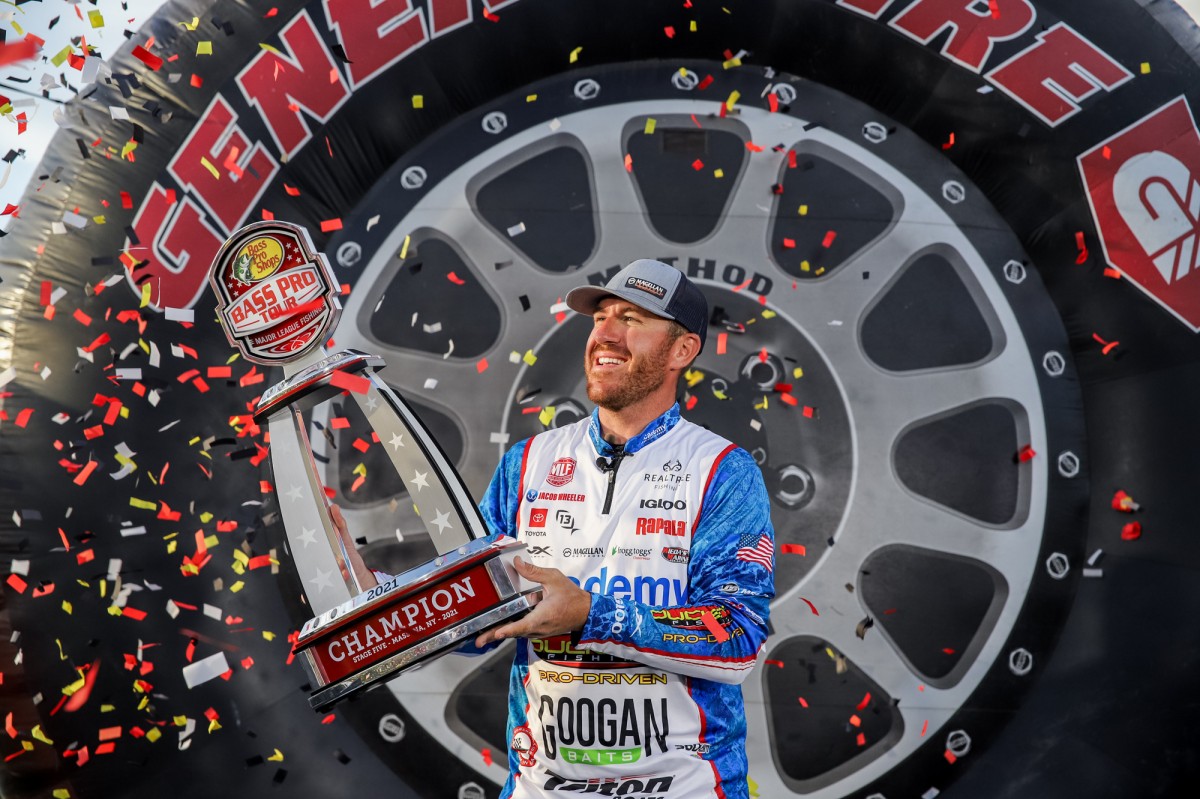 Among the Bass Pro Tour records that Wheeler set this week was the single-day heaviest weight – 165 pounds, 1 ounce, that he weighed on Day 1 – the heaviest two-day qualifying round weight – 222 pounds, 1 ounce – and the most weight ever weighed in a Championship Round – 129 pounds even – that he set Wednesday. With his latest victory, the 30-year-old pro pushed his career earnings to more than $2.6 million.

While the final tally on SCORETRACKER® may seem as though it was an easy win for Wheeler, the Tennessee pro found himself in seventh place after a slow start Period 1 with only five smallmouth for 21-8. As he prepared to start his afternoon, Wheeler made the decision to run to an area he found while practicing during his final Qualifying Round.

Thanks to a more than 30-pound cushion in that round, Wheeler was able to scout new areas and find fish for the Championship Round. They were also fish that he knew he could count on because of the area they were located.

Toro pro Jeff Sprague of Point, Texas, matched his career-best finish on the Bass Pro Tour with his second-place showing at the event.

A complete list of results can be found at MajorLeagueFishing.com.

Overall, there were 238 bass weighing 819 pounds, 11 ounces caught by the final 10 pros on Wednesday.

Pro Ott DeFoe of Blaine, Tennessee, finished the event in 12th place and did not qualify for Wednesday’s Championship Round, but his finish was strong enough to maintain his lead in the MLF Bass Pro Tour Angler of the Year standings. With two events remaining in the season, DeFoe currently sits with 352 points and owns a 10-point lead over the second-place pro, California’s Brent Ehrler (342). Wheeler remains in third with 338, followed by Florida’s Bobby Lane in fourth place with 311 and Alabama’s Justin Lucas in fifth place with 309. Full AOY standings for the entire Bass Pro Tour field can be found at MajorLeagueFishing.com.

The General Tire Stage Five at the St. Lawrence River Presented by Berkley featured anglers competing with a 2-pound minimum weight requirement, meaning each bass caught must weigh at least 2 pounds for it to be deemed scorable. Minimum weights are determined individually for each competition waters that the Bass Pro Tour visits, based on the productivity, bass population and anticipated average size of fish in each fishery.

The MLF Bass Pro Tour General Tire Stage Five at the St. Lawrence River Presented by Berkley was hosted by the Town of Massena and Fish Massena. The six-day tournament featured 80 of the top professional anglers from around the world competing for a purse of $805,000, including a top cash prize of $100,000 to the winner.

Television coverage of the General Tire Stage Five Presented by Berkley at the St. Lawrence River will be showcased across two two-hour episodes, premiering at 7 a.m. ET, Oct. 23 on the Discovery Channel. New MLF episodes premiere each Saturday morning on the Discovery Channel, with additional re-airings on the Outdoor Channel and the Sportsman Channel. Each two-hour long reality-based episode goes in-depth to break down each day of competition.

The Bass Pro Tour features a field of 76 of the top professional anglers in the world – joined at each event by 4 pros that qualify from the Tackle Warehouse Pro Circuit – competing across seven regular-season tournaments around the country, competing for millions of dollars and valuable points to qualify for the annual Heavy Hitters all-star event and the REDCREST 2022 championship. The next event for Bass Pro Tour anglers will be the Bass Pro Tour Stage Six at Lake Champlain, Aug. 5-10 in Plattsburgh, New York.

For complete details and updated information on the Bass Pro Tour, visit MajorLeagueFishing.com.