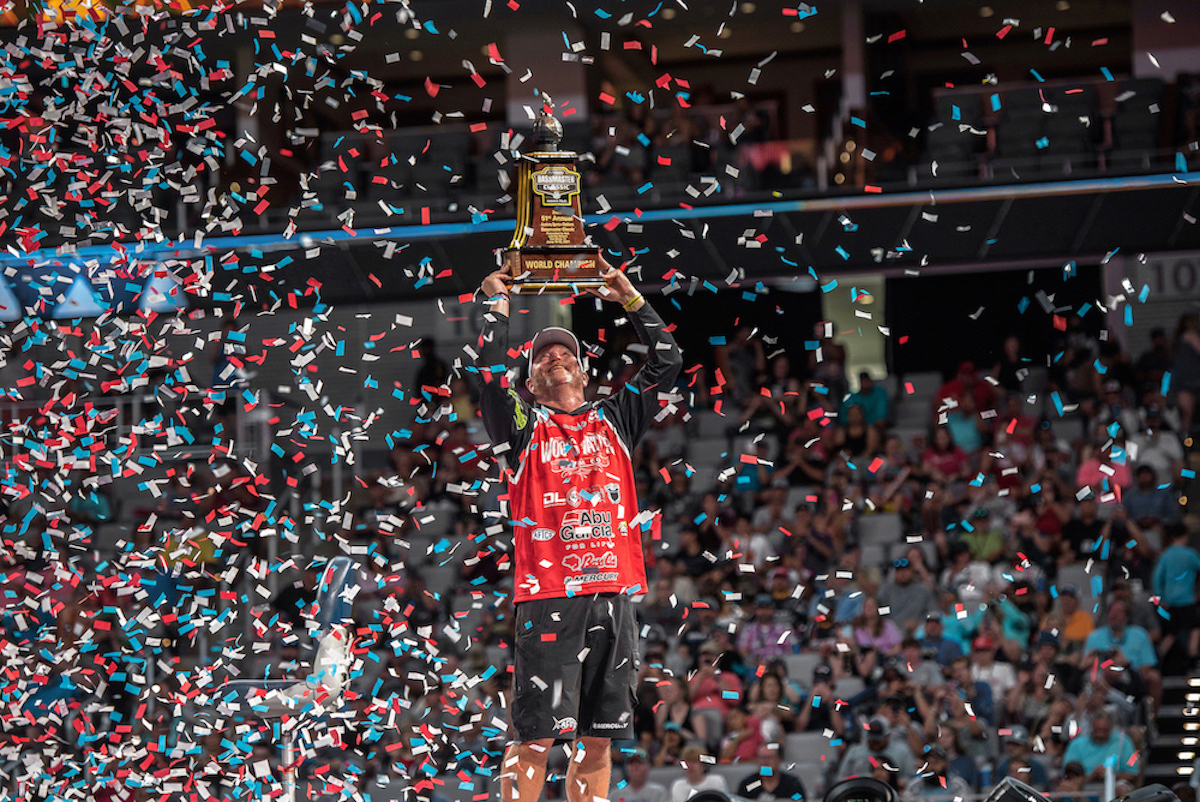 Garmin® International, Inc. is proud to announce it remains the electronics choice of champions as Garmin pro Hank Cherry Jr. claimed his second victory in a row at the Academy Sports + Outdoors Bassmaster Classic presented by Huk at Lake Ray Roberts, June 11-13.

With a three-day weight total of 50 pounds 15 ounces, Cherry topped the iconic event and became one of only four anglers in the 51-year history to win the Classic in consecutive years. Cherry caught the bulk of his weight flipping flooded bushes along the shoreline and targeting rock piles along the dam from his boat exclusively equipped with Garmin ECHOMAP Ultra™ chartplotters, Panoptix LiveScope™ live-scanning sonar and the Garmin Force™ trolling motor.

Fourteen anglers represented Garmin and Navionics®, a Garmin brand, in this year’s world championship. With a total weight of 49-1, Garmin pro Chris Jones finished the tournament in third, and Garmin pro Brock Mosley weighed in 42 pounds even for fifth place.

To be competitive at this year’s Bassmaster Classic, Garmin anglers relied on ECHOMAP Ultra keyed-assist touchscreen chartplotters with built-in support for Garmin’s crystal-clear Ultra High-Definition scanning sonar as well as the award-winning Panoptix LiveScope —the first live scanning sonar for recreational fishing to deliver images of structure, bait and fish swimming below and around the boat in real time, even while stationary.

The ECHOMAP Ultra series is preloaded with Garmin’s latest and most detail-rich LakeVü g3 maps that blend the best of both Garmin and Navionics content together to deliver unparalleled coverage, detail and convenience to users. Additionally, Lake Ray Roberts is one of the more than 145 LakeVü g3 Ultra lakes surveyed in the U.S. by Garmin, offering anglers an unprecedented level of detail with up to 1-foot contours, along with high-resolution relief shading for a clearer lake bottom profile.

Garmin anglers can get to their spots and stay on them longer thanks to Garmin Force, the industry’s most powerful and most efficient trolling motor. Its high-efficiency brushless motor operates at either 36V or 24V, and it’s ultraquiet too, so it won’t scare the fish.

Visit garmin.com/marine for more information about Garmin and its award-winning marine electronics, and to meet the entire 2021Garmin marine pro team, click here.