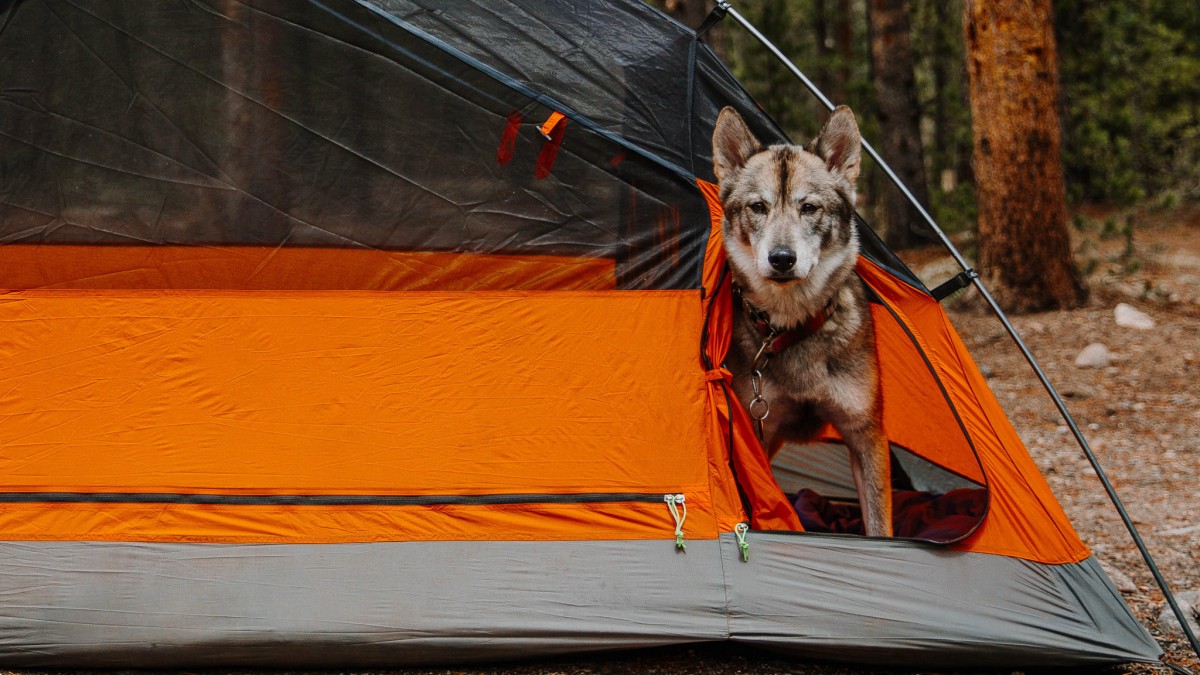 Just like everyone else, the Kings Peak founders added a puppy to their family during the 2020 pandemic. Even before they got Ollie, backpacking was a big part of their lives, and they wanted their pup to be a part of that too. Taking dogs to the mountains is like taking kids to Disneyland, they obviously belong there. But they quickly found there was no easy way to accommodate Ollie sleeping at night without either making a mess of the gear or making him sleep outside. After contemplating a DIY solution, they decided that they should spend a lot more time and effort towards this project to make the perfect solution and see if others were interested in the same idea. So, they created the Kings Peak tent, which has a separate section in the tent for a dog. It features an interior removable mesh wall and a separate exterior doggy door.

If a dog is crate trained or love their personal space/area at night, they will thrive with this tent set-up. Ollie slept more than he ever has backpacking, which is important because dogs need their rest just as much as humans do. He was never anxious, because he could see that his owners were right next to him all night, and even his owners slept better knowing he was safe and comfortable in his own area. The well-known American Kennel Club said that “For thousands of years dogs have sought out small, enclosed spaces for shelter and security. Crating your dog can give him that feeling of safety, like he has his own room to go to.” The Kings Peak family stands behind this statement 100% and believes that this tent set-up will change how one backpacks with their dog, for both the owner and their dog.